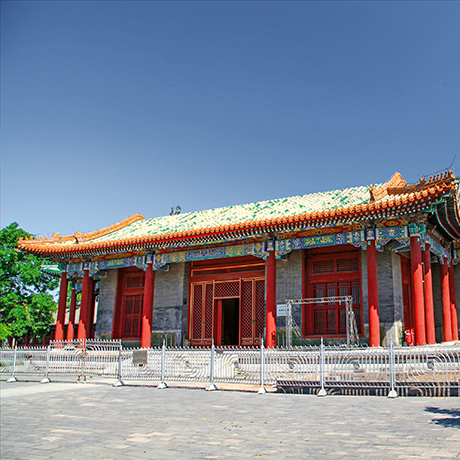 Located on northern end of Nanchizi Street, Pudu Temple has been standing on the site of an old Yuan construction since the early 1400s. The three-eaved roof of its veranda is covered by green glazed tiles with an edge of yellow – a typical Manchu architectural feature that is, surprisingly, very rarely seen in the former Qing capital. In 1984, this ancient temple was renovated according to its original layout, recovering its previous appearance and grandeur of its historical heritage. In the temple, its permanent exhibition displays the history of Chinese taxation through a collection of revenue stamps from different dynasties.