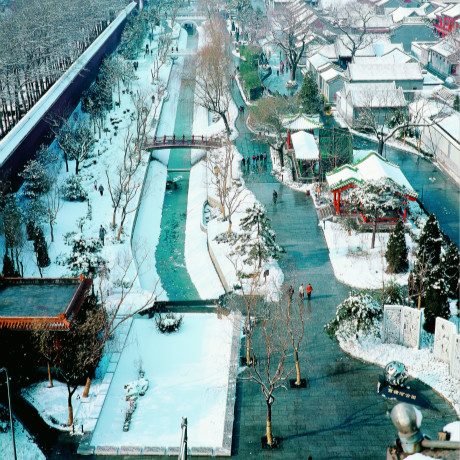 Officially called Outer Jinshui River, Changpu River flows along the south wall of Imperial City in front of Tian’anmen. Restored in 2003, this narrow but vibrant park allows visitors to catch a glimpse of the corner tower of the Imperial Palace, all while appreciating the view of the tree-lined river. Despite its small size, its pavilions, rockeries and stone bridges make it one of the most beautiful and colourful parks in Beijing during the summer months. Its arch bridge and two curved bridges, modelled after old architectural styles, are a popular spot for snapping a few selfies and Instagrams.