WF CENTRAL is situated right in the heart of Beijing's urban life. Traveling south along historic Chang'an Avenue takes you to the Forbidden City and the impressive spaces of Tian'anmen Square. At the centre of the city's premium shopping district, WF CENTRAL shares the street with other luxury lifestyle destinations, including hotels such as the historic Beijing Hotel and the Hilton Beijing Wangfujing, and iconic luxury shopping destinations. 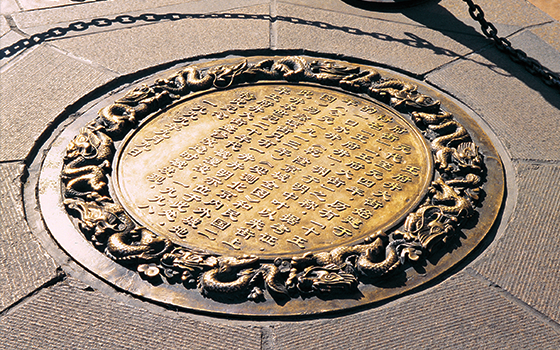 Wangfujing has long been the center of public life in the capital. Named after a water well found near the road in the Ming Dynasty, the street became a hub of commercial activity with its well serving as a meeting point for city dwellers and travelers. Later, lavish courtyards were built for high-ranking members of the nobility. The most famous of these were two brothers from the Qing dynasty, Pu-lan and Pu-dong. Pu-lan, a man of diplomacy, represented China at the World Expo, while Pu-dong was a promoter of Chinese calligraphy, drawing, and music. Together they brought a legacy of commerce and culture to the area.

Today, Wangfujing has emerged as a bustling centre of commercial life, where one can find luxury goods, new technologies, and trendsetting fashions. WF CENTRAL was developed to blend commerce and the street's rich cultural heritage into a new luxurious lifestyle destination for Beijing.