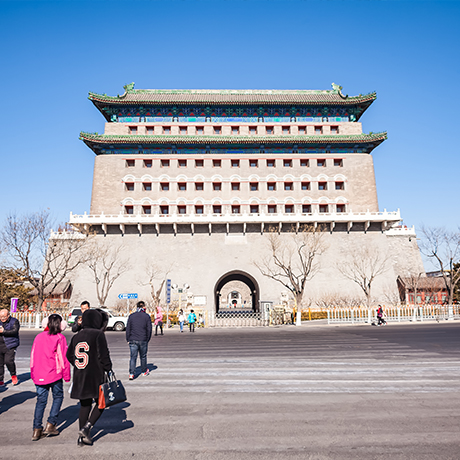 Colloquially known as Qianmen, though officially called Zhengyangmen (the ‘Gate of the Zenith Sun’), this is perhaps the most magnificent gate in Beijing’s historic city wall. Built in 1419, it used to serve as the southern guard tower and entrance to the inner imperial city. In the late Qing dynasty, the gate sustained considerable damage when the Eight-Nation Alliance invaded the city, and in 1915, the barbican side gates were torn down. Today, the Zhengyangmen gatehouse and the archery tower to its south remain one of the enduring symbols of old Beijing. The Qianmen area is also home to the city’s oldest shopping street, which has witnessed the establishment of many centuries-old specialised outlets and workshops inside its narrow hutongs.